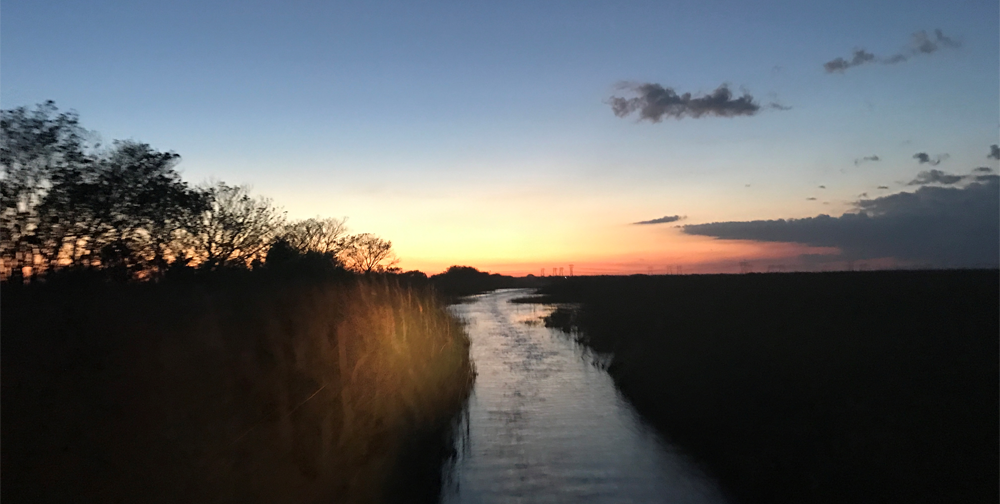 Imagine the adventure of taking an airboat ride in Fort Lauderdale, deep into the stunningly beautiful Florida Everglades. Experience the sensation of traveling back in time as you glimpse an alligator breaking the water’s surface or catch the shadow of a great blue heron flying overhead.

Long, thick bundles of gray-green Spanish moss hang from cypress trees, filtering the sunlight like lace curtains. The moss shelters bats, reptiles, and amphibians. Birds gather it for their nests.

Spanish Moss – One of 16 Bromeliads Native to Florida

The plant known as Spanish moss, Tillandsia usneoides, Family Bromeliaceae, is not a moss but rather a perennial herb, a type of bromeliad in the pineapple family and one of 16 bromeliads native to Florida. It is found throughout Florida and is often called Florida moss, possibly because the state has more of it than any other. It is also known as graybeard or long moss. It grows in the southeastern United States from Virginia to Texas and then as far south as Central America. Geographically, it is more widespread than any other bromeliad.

Well Adapted to the Climate of the Everglades

Tillandsia usneoides wraps its stems around other plants but does not take any nutrients from them. Instead, scales on this rootless epiphyte trap nutrients and water from the air. Although it thrives in moist environments like the Everglades, Spanish moss can survive dry conditions because of its ability to hold water. If your airboat ride is in the springtime, you may spot a single, fragrant flower on some of the plants. New plants grow from seeds or small pieces of the plant and spread when carried to a suitable location by wind or birds.

Commercial Uses of Spanish Moss – Past and Present

In the early 1900s, Spanish moss was collected by hand, then dried and baled. It was sold to be used as stuffing for mattresses, furniture, and automobile seats. Today it is used as mulch and is popular with florists who use it in design work and to decorate plants.

Experience the Everglades on an Airboat Ride

The best way to see the enchanting display of Spanish moss and other unique plants and animals that thrive in the Everglades is by airboat. Cypress Outdoor Adventures provides safe and enjoyable tours for guests of all ages. Call us today at 954-260-1096 to reserve your seat, and experience the Everglades in an unforgettable way.