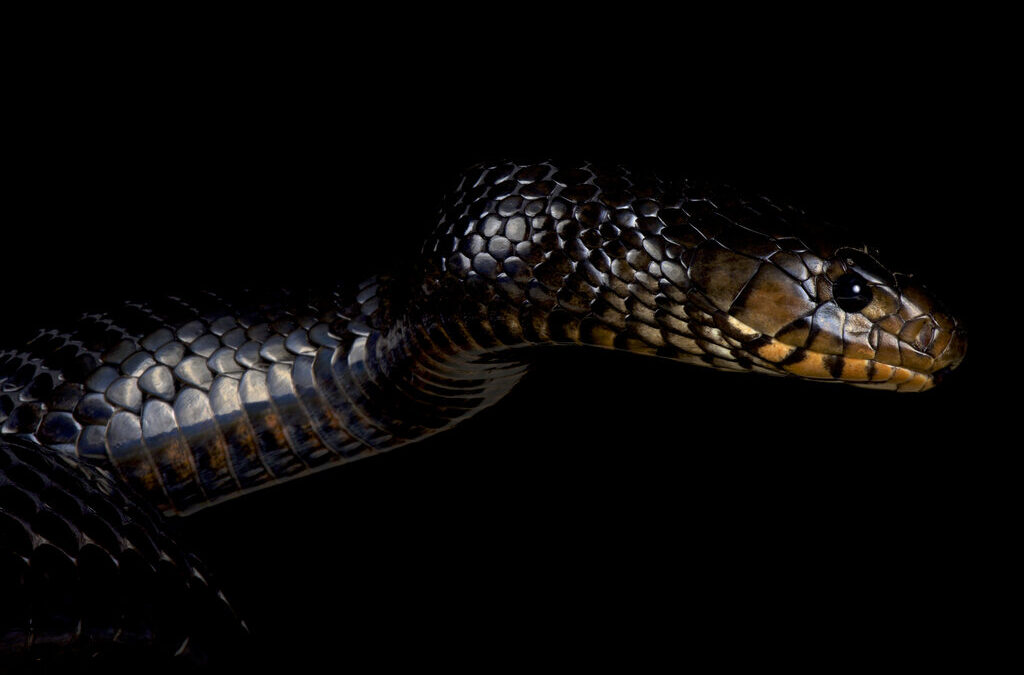 Florida is full of beautiful, marshy landscapes and the creatures that inhabit the land, sea, and sky. We have some of the most interesting creatures in the United States thanks to our Everglades, and we’re responsible for protecting and bringing awareness about them to others. This includes our protected species, such as the Eastern Indigo Snake.

Is the eastern indigo snake venomous?

Let’s just get this out of the way – no, they are not venomous. Eastern Indigo Snakes rarely bite humans. But they do bite prey, enemies, and occasionally males will fight each other in aggressive situations. The indigo snake is considered harmless but is a protected species you can not handle without a permit. Not that most necessarily want to handle a snake…

The Eastern Indigo Snake Is the Longest Snake in North America

Identified by its beautiful blue-black sheen, this species is now native to peninsular Florida and southeast Georgia. The females can reach up to 6.5 ft long and males up to 8.5 ft. While their size can be impressive, they are most often between 5-6 ft. long.

Yes, that’s right. The eastern indigo snake overpowers its often larger prey with muscular jaws, consuming them headfirst. The indigo snake has a diet of lizards, tortoises, mammals, frogs, birds, and other venomous snakes. It has been observed that the Indigo snake appears to be immune to the poison of venomous snakes.

Although the Indigo snake is now listed as a threatened species because of the dramatic decline in population – due to over-collecting by domestic and international pet trade – it can still be found in the Everglades! Preservations of these habitats is the best assurance of survival for the indigo snake.

Although as a protected species, the chances of seeing an Indigo are slimmer than an Alligator. But keep your eyes peeled on tour! There’s a good chance you’ll see one on your next airboat tour of the Everglades. Are you ready to get closer to nature than you’ve ever been? Call Cypress Outdoor Adventures today at (954) 260-1096, or secure your spot online for an Everglades airboat ride of a lifetime!