Fun Facts About the American Alligator 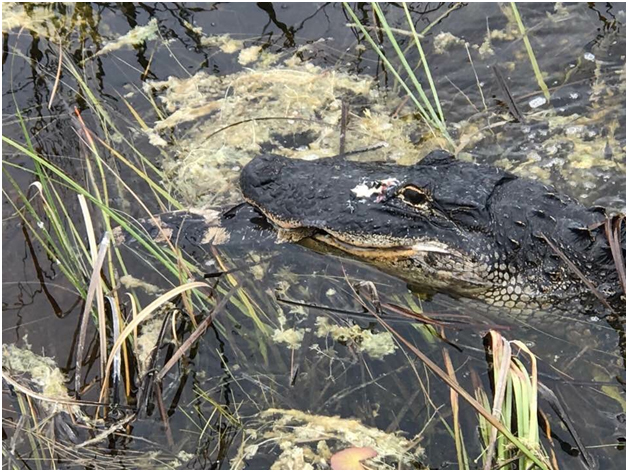 Florida is full of beautiful, marshy landscapes and the creatures that inhabit by land, sea, and sky. We have some of the most interesting creatures in the United States thanks to our Everglades, and we’re responsible for protecting and bringing awareness about them to others. No matter where you’re from, if you love animals like we do, you haven’t yet lived until you get up close and personal with a 10-foot alligator!

The American Alligator is the Largest Reptile in North America

While it’s not certain the American alligator couldn’t have a great singing voice, they unfortunately have no vocal chords. Instead, they communicate by creating deep bellows and roars. Depending on which, they can attract a mate or warn other alligators that they’re getting too close to their territory.

Even though American alligators roam throughout Louisiana, South Carolina, Alabama, and Texas, there’s only one place in the U.S. that can boast being number one hot spot in the count – the Florida Everglades. It is the best place to go when you’re looking for some good ol’ fashioned alligator watching.

Due to draining of their natural environments, you’d really have to keep your eyes peeled and hope luck’s on your side anywhere but Florida. Come ride across the Everglades, and watch them grow and thrive in their true natural habitat.

Over 1.25 million of our nation’s 5 million alligators live in Florida alone, which is one of the reasons why these massive prehistoric creatures are the official Florida state reptile. This means there’s a great chance you’ll get to spot an alligator on your next airboat tour of the Everglades. Are you ready to get closer to nature than you’ve ever been? Call Cypress Outdoor Adventures today at (954) 260-1096, or secure your spot online for an Everglades airboat ride of a lifetime!